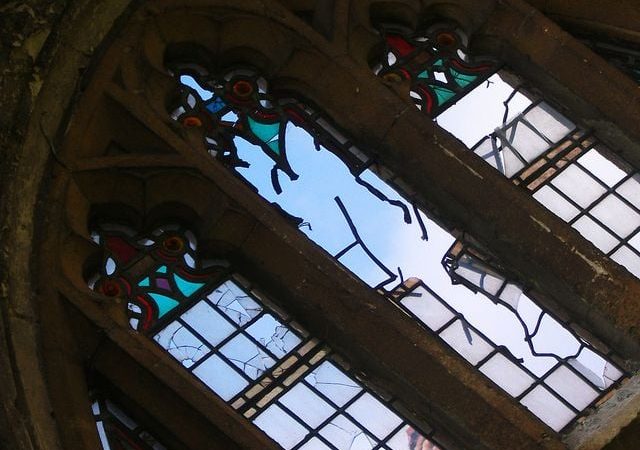 This past week I ran across a news article that was reporting that “Americans’ membership in houses of worship continued to decline last year, dropping below 50% for the first time in Gallup’s eight-decade trend” (Gallup). I have talked with others who have noticed the gradual decline in attendance, especially since the pandemic. Recently it was reported of local congregations of the Lord’s people closing the doors. I have seen this and can say that this is not something that happens overnight, but rather it is a gradual decline over the years. There is a lost of interest in the Lord and His people and for such, the members who once were active in mission, are now M.I.A.

Most folks are aware of what M.I.A stands for. It is an acronym that stands for “MISSING IN ACTION”. This acronym is a casualty classification assigned to military personnel who are reported missing during wartime or ceasefire. Such could mean that they have been killed, wounded, captured, or may have deserted their company/assignment, their calling. As we think about our mission as disciples of Christ today, the apostle Paul uses terminology that describes Christians as soldiers that are enlisted for the cause of Christ engaged in a spiritual war. Paul illustrates faithfulness, effective service as a soldier in 2 Timothy 2:3,4. Notice that he said “not to entangle oneself” with the affairs of this life, rather being effective in His service as an enlisted soldier in the Lord’s army, enduring hardships, faithful to the Lord’s cause.

The fact is, there are many today in the Lord’s church who enlisted, who became Christians, having heard the word, believed that Jesus Christ is the Son of the Living God, repented of their sins, confessed Jesus as the Son of the Living God, and were baptized to arise and walk in newness of life (cf. Rom. 10:10, 17; Acts 2:38, Rom. 6:1-6), committed to the service of the Lord (cf. 1 Cor. 15:58), only to later go M.I.A. They became entangled with the affairs of this life; they deserted their cause, their master, their fellow soldiers who are involved in the fight of faith. Not only did they desert their cause, they have been captured by the allurements of the world.

I want us to think about how active we really are in the Lord’s church today? Are we actively engaged in the mission that the Lord has given us in His church, in His service? In my secular field of work, I would interview people for a job position, and during those interviews I was seeking to find out whether the person was ready for the job they were applying for. I wanted to make certain that they understood the responsibilities, that which they would be accountable for, to find out if they were going to be an asset to the office or a liability, would they help or hinder?  Most people will say the right words to get hired on, but as the days turn into weeks and weeks to months, the productivity is not there and come to find out they were just there for a paycheck, not the service. They liked having a title, a name of significance, but not the responsibilities and service that goes with that title. The fact is, no matter where you go, any business you may think of, establishments, and yes even the Lord’s church, there are those that exist within who are MISSING IN ACTION! Now, they are there, but they are NOT there. There’s no action, nothing produced.

This thought reminded me of a story I read years ago about a man who entered a little country store, and he noticed a sign saying, “DANGER! BEWARE OF DOG!” that was posted on the glass door. Inside, he noticed a harmless old hound dog asleep on the floor near the cash register. He asked the store’s owner, “Is that the dog folks are supposed to beware of?” The store owner replied, “Yep, that’s him.” The customer couldn’t help being amused. “That certainly doesn’t look like a dangerous dog to me,” he chuckled. “Why in the world did you decide to post that sign?” The owner replied, “Before I posted that sign, people kept tripping over him.”  That dog was just simply taking up space, not moved to do anything, other than trip people up as THEY walked.

Note what Paul instructed the Corinthian brethren in 2 Corinthians 13:5. Can we say honestly that we are proving ourselves as faithful soldiers of the Lord today? Are we an asset to the cause or a hindrance? Are we tripping folks up as they know who we are, but not actively engaged in the fight of faith?

Let’s ask ourselves further if we are influencing others for good in our day to day lives. Does my being a member of the Lord’s church add strength to it? When is the last time the waters have been stirred due to my work in service to Christ in enlisting others to this great cause? Are we aware of those among us who have went M.I.A? What are we doing to encourage them, help them to get A.I.M / ACTIVE IN MISSION?

Spiritually speaking, there’s NO ceasefire. There’s ALWAYS a battle raging. Paul spoke of such in Romans 7 & Ephesians 6:10-18. As a soldier of Christ there’s obviously never a good time to take the armor off. Paul said to put on the whole armor of God!

I was thinking of those enlisted in the US armed forces who went MIA, deserting their duty/responsibilities/mission. One of the first things they put off was the uniform that identified them, that marked them as a soldier. Christians do the same thing… by no long being distinguished, marked by the characteristics of Christ-likeness, they put off Christ, go MISSING IN ACTION getting entangled again in the ways of the world (cf. 2 Peter 2:20-22).

There are SO many who started out filled with enthusiasm to serve and thankful for the opportunity to serve and then over time, decides to NO LONGER be engaged or zealous for good works (cf. Titus 2:11-14). No longer desiring to be edified or edify others in assembling together (Hebrews 10:23-25).

There are those who are wounded by the world, captured even, having deserted there calling. They are MISSING IN ACTION and what are we doing to help them? Are you one of those that have been MISSING IN ACTION? Just because someone comes and sits in a pew, doesn’t mean that they’re not MIA.

Can we say today that we ACTIVE? Again, “active” means that we are engaged in ACTION, producing or involved in the Lord’s church, His vineyard. I go back to Ephesians 4 where Paul said, “walking worthy of our calling”. We don’t look to ourselves as if we are the standard of what walking worthy looks like.. rather we go to the word of God, which is what has called us to see whether we are ACTIVE IN MISSION (cf. Ephesians 2:10 ; Colossians 1:9,10 ; 2:6,7 ; Philippians 2:12-16).

My friends we are to seek and save the lost, carry the Gospel to those around us, living the Gospel to those around us, attempting to reach those who went MIA in hopes to restore them to become ACTIVE IN THEIR MISSION AGAIN FOR THE LORD. There’s a lot of work to do, yet where are the laborers? Where’s the active workers today? If you are NOT careful, you will find yourselves sitting when you should be walking. It’s very easy to do physically, but especially spiritually.

As noted in Romans 6:3,4, we came out of the water to arise and walk in newness of life. We are to as John says in 1 John 1:7, “walk in the light as He is in the light.” We are to AIM to be more efficient in service to our Lord and to each other.

Let us be resolved to do as Paul told the Ephesian brethren in Ephesians 4:1, to “walk worthy of the calling with which you were called.”

Something to think about. Have a great week! – DJ 😊